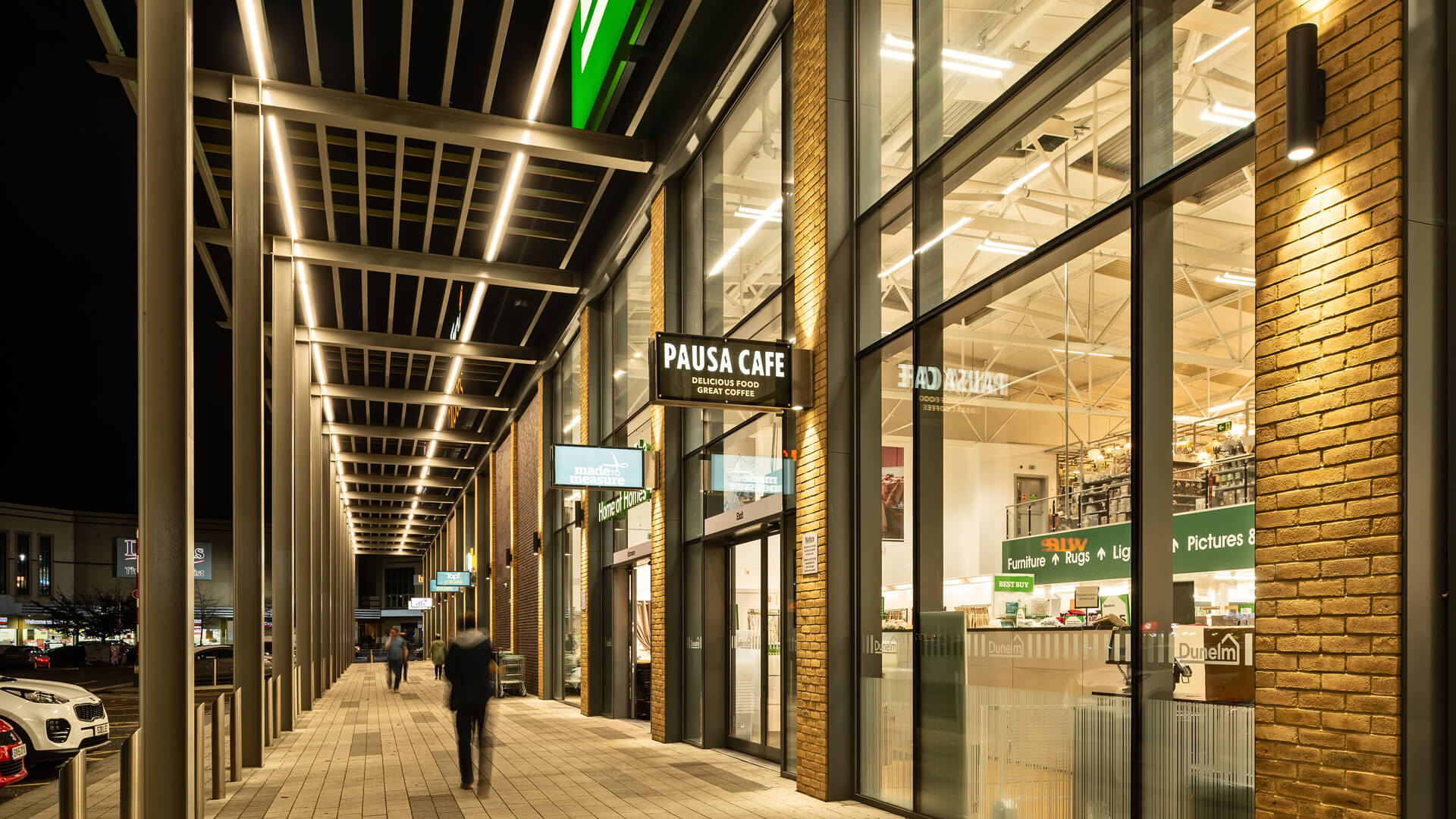 A brighter future for retail parks

The Government’s Building Better, Building Beautiful Commission’s interim report grabbed headlines recently with its call for retail parks and large supermarkets to be redeveloped into mixed-use communities. A month earlier, LDC data suggested vacancy rates across UK retail parks had risen sharply between the first half of 2018 and the end of the first quarter of this year. Reading all of this, one might conclude that the time of the retail park is nigh.

Of course there may well be a compelling case for change of use in London and other major cities where demand for housing and residential values are at their highest, but change of use may not suit all landlords. For some, the prospect of getting a retailer in on a long lease may still be more attractive than redevelopment.

We recently met with a landlord client just outside central London, whose 1980s-era one-storey retail park was located in an area surrounded by multi-storey, mixed-use redevelopment. The client had fully planned on going down the same route with their site, but an analysis of the costs and a recent dip in the London resi market suggested that a comprehensive refurbishment and re-let to existing tenants would produce more of a return over five to ten years than an enormous multi-million-pound mixed-use development. So it’s clearly not always the case that one size fits all.

Retail park landlords do need to be mindful, however, that in areas of oversupply there will inevitably be winners and losers. As the retail park reinvents itself to suit the 21st century requirements of both tenant and customer, owners of outdated or inadequate retail park assets risk being left behind and losing tenants to better designed, competing sites.

The good news for landlords is that there are plenty of clever solutions that can deliver an impactful uplift, even within the financial constraints they find themselves under. However, there are often challenges above and beyond budget, particularly in relation to third party and tenant agreements. Our experience tells us that landlords often seriously underestimate the time it will take to negotiate with existing tenants. Early engagement is essential; otherwise potentially great schemes cannot be successfully delivered and can often result in schemes with ‘holes’ where tenant and landlord have failed to reach agreement.

Part of our role as architects is trying to help the landlord with those discussions and selling the benefits to tenants. But what are the essential ingredients for a successful 21st century retail park?

Firstly, the out-of-town retail model is becoming more experiential. For retail parks to truly distinguish themselves as a destination, this might mean landlords considering a greater integration of asset classes to emulate successful town centres and increase dwell time – coffee, food, playgrounds and crèches, gyms and climbing walls, flexible space for pop-up parks and pop-up food are all elements that now distinguish a quality retail park. We are also seeing an increase in interest in double-sided shopping, where the retail element of the park is completely pedestrianised and devoid of cars.

Parks that focus on creating a high-quality environment within their public realm are also likely to prove an attractive prospect. Unattractive public realm merely becomes a route from A to B or best avoided entirely. Well-conceived and attractive public realm, on the other hand, will encourage people to use the space, prompt lingering presence, resulting in better sales, client satisfaction and repeat business.

Landlords may also need to consider providing alternative travel choices for both tenants and customers whilst also futureproofing for electric cars by including charging points.

All of these measures clearly involve thinking about the bigger picture and serious investment, not merely replacing the glazing and re-painting the cladding. However, we believe that there are still plenty of long-term opportunities for those landlords with well-located sites to create viable and popular retail park destinations with the ability to retain existing and attract new tenants.

This is an extended version of an article that first appeared in Property Week on the 27th September 2019.