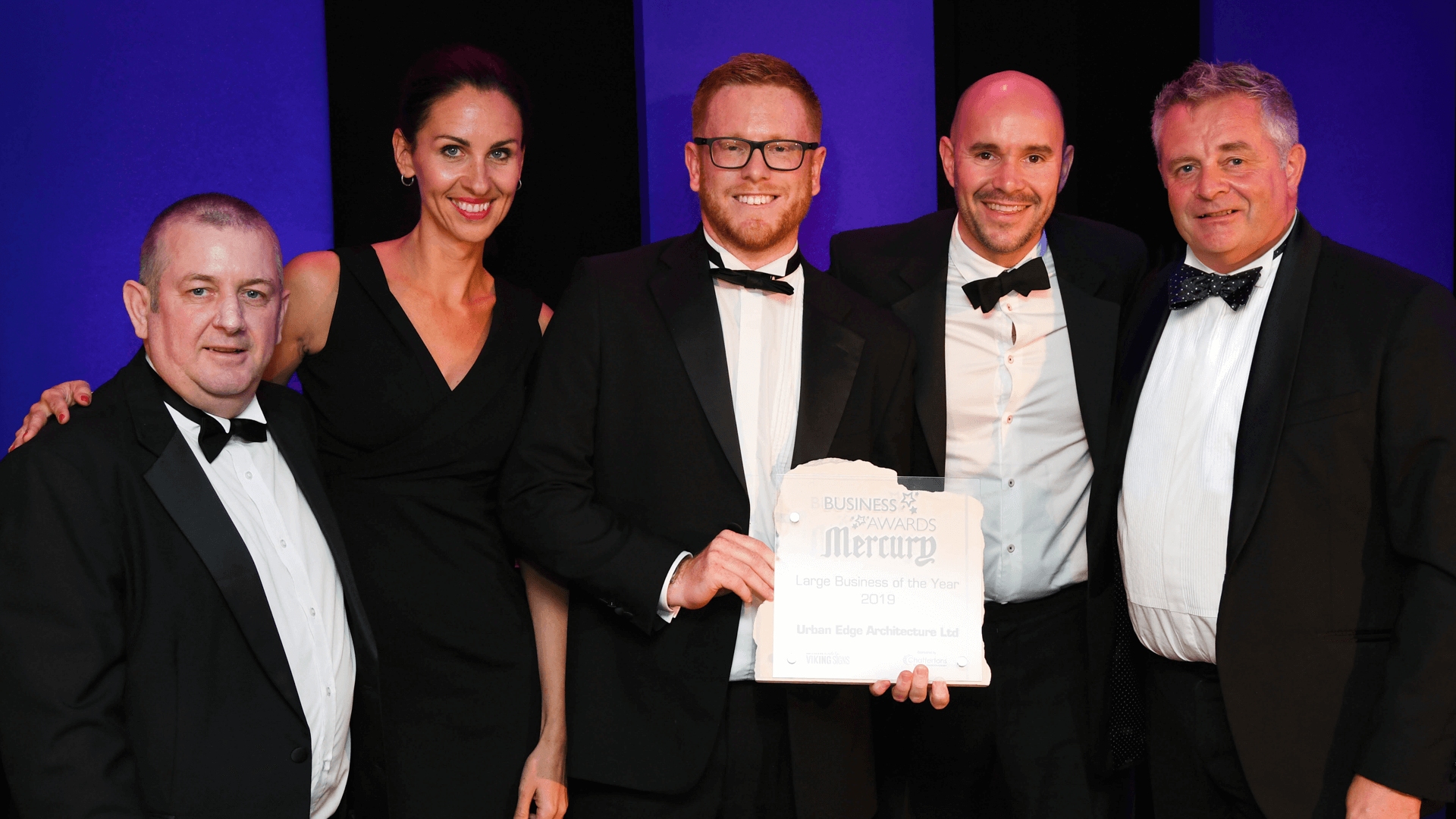 We are delighted to announce that we have been crowned ‘Large Business of the Year’ at the 2019 Mercury Business Awards.

The announcement was made at a black-tie gala awards ceremony attended by more than 260 guests at the Greetham Valley Hotel on 20th September 2019. Directors Russell Gay and Tom McNamara, alongside Senior Associate Director Sonia Parol and Associate Director Darren Hodgson, were in attendance to collect the impressive trophy made from Lincolnshire limestone from host, Rutland Radio’s Rob Persani.

“It’s an absolute honour to be announced as the winner of the ‘Large Business of the Year’ category at the 14th annual Mercury Business Awards,” said Russell Gay. “This award recognises all that we have achieved over the last 12 years and the hard work, dedication and expertise of all our employees. Since our formation, we have seen year on year growth and have a strategy and vision to continue this trend.”

The Mercury Business Awards, headline sponsored by economic development agency InvestSK, are the biggest of their kind in the Stamford, Bourne and Rutland area. Speaking at the awards ceremony, Rutland and Stamford Mercury editor Kerry Coupe said the awards were “about celebrating the best of our community” and said the standard of entries had once again been incredibly high. Indeed, the judges faced the tough task of narrowing down more than 150 entries to just a handful in each category.

Whilst we work nationally on a portfolio of retail, specialist residential and leisure developments for high-profile clients, we are a local employer with a large percentage of our workforce residing within Stamford and the surrounding areas. The business started with just three employees in 2007 and has grown to nearly 50 in 2019! We have worked tirelessly to give something back to the community that has contributed so much to our success. We are a supporter of local charities and, in 2015, established the Urban Edge Foundation to raise funds and awareness for established charities that support people whose lives have been mercilessly overturned by injury or chronic ill-health.