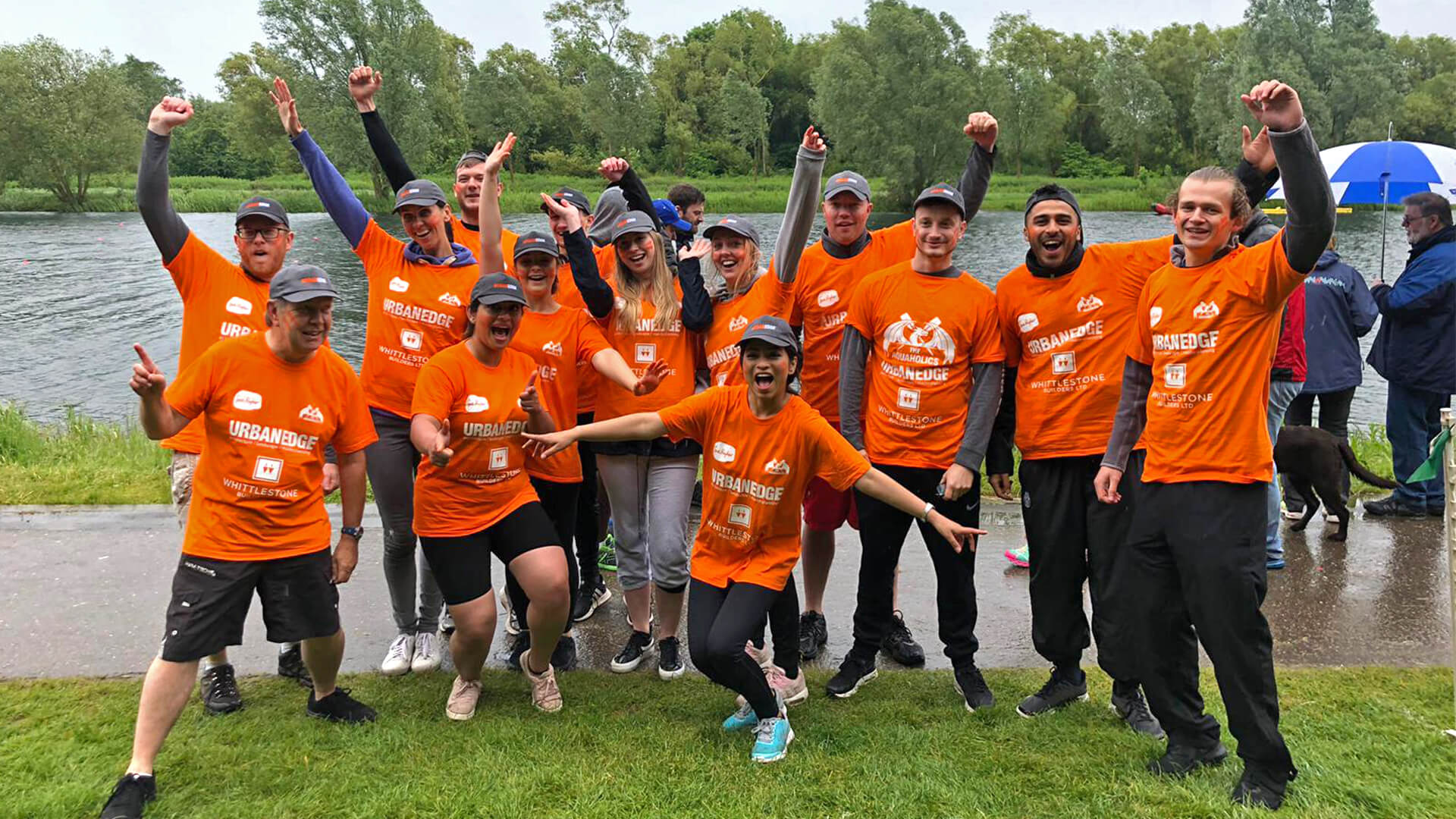 Our team of rowers bravely took to the water in June for this year’s edition of the Peterborough Dragon Boat Festival. We were ‘silver’ sponsors of the event which was raising money for Sue Ryder Thorpe Hall Hospice; a charity close to our hearts and one that we continue to support. As well as our sponsorship of the race, we raised an additional £1,000 in donations for our Dragon Boat crew, with a significant contribution coming from Stamford-based building firm, Whittlestone Builders who were our main team sponsor.

Conditions were challenging as it rained constantly all morning! We huddled gratefully under the shelter of our gazebo, drinking hot cups of coffee, waiting for our crew to be called. Having not practised at all, we were a bit apprehensive getting into the boat for the first time. However, all that melted away when the gun sounded and our Dragon Boat sped down the lake to the beat of our precariously perched drummer!

We placed 3rd in the first race with a time of 65.41 seconds. A good start, but we knew we could do better. A little more confident, we lined up at the start of the second heat raring to go. We managed to improve and placed 2nd with a fantastic time of 61.86 seconds! We waited in anticipation to hear our team name as the leaderboard was read out over the loudspeakers. We kept waiting but still nothing, perhaps we missed it, we couldn’t possibly be this high up, but then there we were… 12th place, with one race to go. It looked like we were going to make the semi-finals!

As we headed down the lake to line up for our third race our skipper remarked how well we were doing and suggested that if we leant into the rowing, we could generate a bit more power. Unfortunately, this tactical change proved fatal and lead to a very uncoordinated start resulting in a time of 65.38 seconds. Not disastrous, but the fight for a semi-final berth was hotly contested and we had a nail-biting wait as the rest of the teams completed their third race.

As the results came in, we realised we had just missed out on the semi-finals by a few places. Finishing in a very respectable 15th place. We were slightly crestfallen, but buoyed by the fact that we’d had a fantastic day, despite the weather, and raised lots of money for Thorpe Hall Hospice. Yet, a few days later when the results were posted online; we received the surprising news that we had finished second overall in the mixed-teams category! Jubilant with this news, we look forward to improving our ranking at next year’s Dragon Boat Festival and raising lots more cash for charity.