I’m often asked how best we can design suitable homes for senior citizens. Implicit within the question is the idea of an entirely separate strand of homes for older people, when really we should be asking how we can design all homes to be appropriate for all ages.

When it comes to housing provision, a new generation of senior citizens – many of whom chose to or will have to continue working – represent an increasingly unsatisfied market. They don’t always want or need to move to a retirement village or specialist housing, they want a home that better meets their lifestyle requirements and aspirations. Many would prefer to remain in their current homes, but struggle with properties that were not designed or built for ageing.

Whilst there will always be a requirement for specialist housing, we urgently need to transform our housing market to ensure that senior citizens are treated equally, able to make the same meaningful choices as everyone else about where and how they live. But we can only do that if we make it a mandatory requirement to design and deliver all new homes to be accessible and adaptable to people’s needs over time.

With the right legislative levers in place, this should not be too hard to achieve. It’s incredible to think that, at the turn of this century, very few buildings in the UK were even accessible because it was perceived to be too expensive or over-excessive to make every new development wheelchair friendly. Yet the introduction of Part M of the Building Regulations in October 1999 with its requirement that ‘reasonable provision shall be made for disabled people to gain access to and to use the building’ changed all of that. It was found surprisingly easy to implement and very little evidence has ever been put forward to suggest that the regulations have added to development costs.

Yet despite the ease with which Part M has been adopted, there is still a terrible shortage of accessible homes in the UK – only seven percent of homes in England meet basic accessibility features according to the Government’s own housing survey. And just because a home is accessible does not necessarily mean it is liveable or adaptable for all needs and requirements over time. We therefore need more ambition in the standards the Government sets for homes to ensure that all new housing is suitable or can, at the very least, be easily adapted for people as they age or if their needs change. 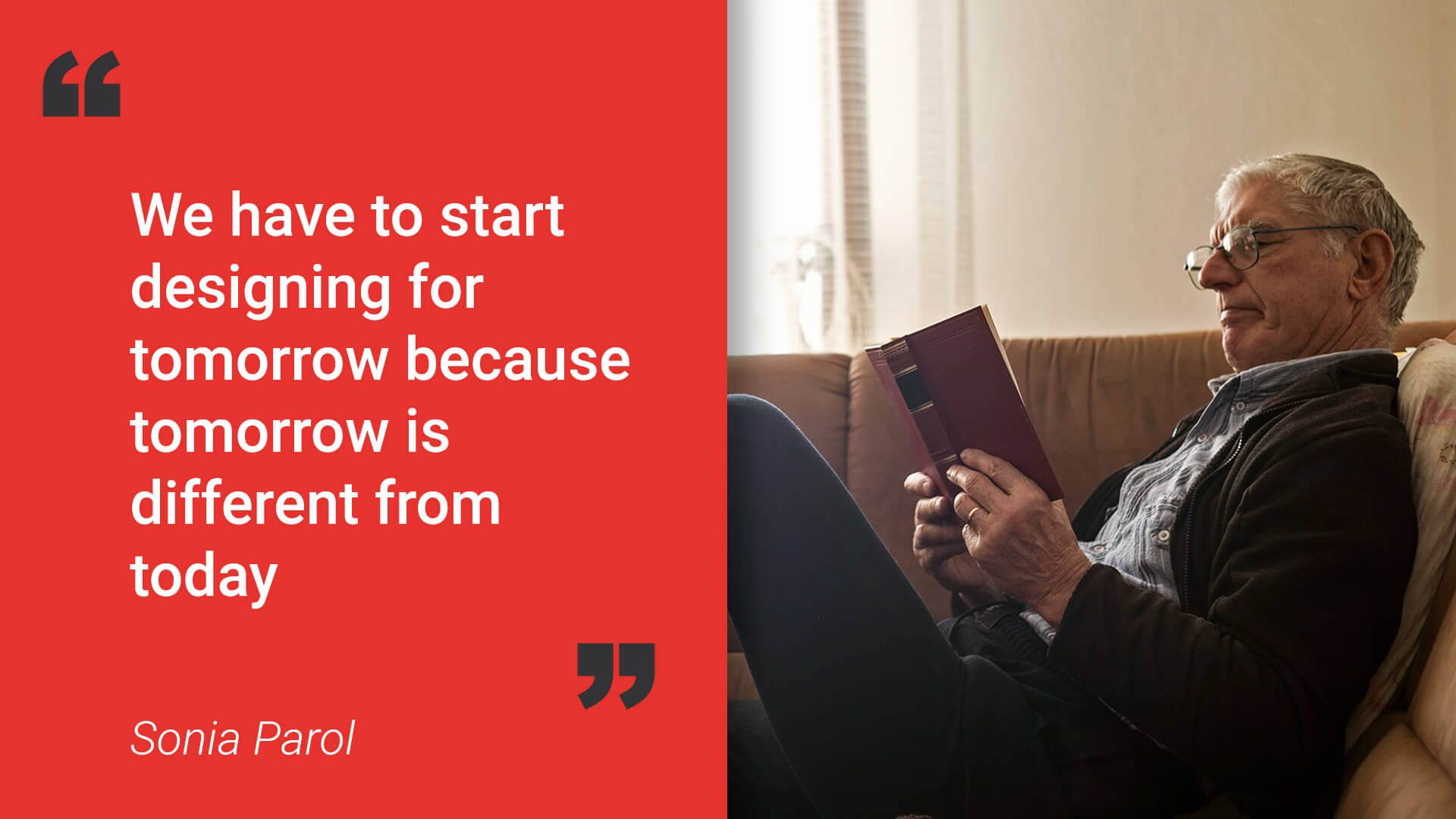 Enshrining such measures in regulation is important. According to JRF research, prior to the introduction of Part M, many builders had little or no knowledge about disabled people and their design needs. Now that Part M has become the norm it has become second nature for architects and developers to design and deliver accessible and inclusive homes and nobody ever questions it. In much the same way, we now need to put the needs of our ageing population front and centre by bringing together a full range of measures on improving access and inclusion in the built environment into a coherent and transparent strategy.

It needn’t be a stretch. Many of the requirements would be similar to those already included in Part M, but they need to be more robust and extend to the long-term liveability of a home for all age groups and abilities. Many design guides for ageing in place already exist and often include simple measures such as open-floor plans with few obstructions, larger windows, specific colours to aid with depth perception, no-step entries and slip-resistant floor treatments – all fairly straightforward and easy enough to incorporate in any type of newly built homes. It neither sounds complicated or expensive.

Equally, whilst most discussions on ageing in place focus on the home, we also need to look at applying the same rules and regulations to the broader communities that play a crucial factor in people’s ability to stay put. In part, this requires a cultural shift, a better understanding of the psychological and physiological needs of older people by society as a whole. However, our built environment has a crucial role to play, too.

Creating a housing market where people have the option to remain in their homes and communities for as long as possible benefits the whole of society, reducing the burden on the NHS, and encouraging more cohesive, intergenerational communities.

According to a 2018 House of Commons CLG report, the costs of poor housing to the NHS is estimated to be £1.4 billion per annum; of which nearly half (£624 million) is attributed to poor housing among older adults. At the same time that many older people are struggling with poor quality homes not designed for ageing, we are also seeing new houses being built that are not suitable for young or extended families. The lack of joined-up thinking and forward planning, as well as a failure to understand and design for the changing social needs of residents, has seen the continued segregation of generations and the inevitable fracturing of communities.

The UK government is pledging to build 300,000 homes a year until the mid 2020s to tackle the housing crisis. That’s why it’s so important to get the design of our housing correct now. If we don’t, we are locking in age-restricted housing for decades and poorly serving the needs of future generations of senior citizens who want to remain and play an active part in the communities in which they have lived all their lives.